Latex Balloons and the Environment

Balloons bring a great deal of colour, fun and excitement to the world.
Latex Balloons are 100% biodegradable.
90% of balloons are used indoors.
Latex production has a positive environmental impact on the world by helping
combat climate change.
Latex production provides employment and income for some of the most
impoverished people in the world.
The Balloon industry provides employment for tens of thousands of people in
Australia and hundreds of thousands around the world.
Although latex balloons are biodegradable, releasing balloons into the
atmosphere could be classed as littering and should not be condoned.
SIMPLE SOLUTION
Don’t release balloons into the atmosphere. Balloons themselves are fantastic
and do have a positive environmental footprint. Latex balloons are not plastic
and are biodegradable, but just like anything we use on a daily basis, they
should be disposed of properly. 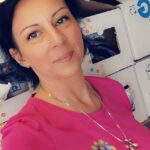